The Korean "3-Times A Day" Ritual

One thing that strikes me is how infrequently people seem to brush their teeth here in Central Europe. My question is: Why don't people brush their teeth after lunch, if they're at university or at work all day? (I've also met a higher-than-average number of people with bad breath in France and in Belgium which eventually culminated in me developing skills to implicitly and strategically avoid them)

In Korea, it is an accepted norm that one brushes their teeth after lunch. High schools dedicate space specifically for brushing your teeth. Everybody keeps toothbrush and toothpaste (and mouth wash) in their locker, and if you don't brush your teeth, you'll get called out for being "dirty"(smelly is the exact term if you think about it). Even the smallest convenience stores carry several types of toothbrush kits.

At university, students usually eat at restaurants around campus or at the cafeteria. And after eating, they go to one of the bathrooms on campus, take out their toothbrush kit and brushed their teeth before the afternoon sessions. Every once in a while around 15:30, someone would say "Eek, I haven't brushed my teeth yet!" and rush to the bathroom with their little toothbrush pouch.

In fact, Koreans care so much about dental hygiene that some companies provide dental equipment. Here's an example:  IT conglomerate NHN (better known as Naver) has equipped its Bundang HQ with a "Chika-chika room" on each floor, a space entirely dedicated to brushing your teeth ("Chika-chika"refers to the sound people make when brushing their teeth) The rooms are completely separated from the bathrooms, and come with toothbrush sterilisers (image below). Employees leave their toothbrush, toothpaste, mouth wash (called 'gargle' in Korea) and other dental hygiene goods in personal cups or pouches on the shelves (not on image).


The first time I saw a UV steriliser for toothbrushes was during my internship at BCG. The Team Leader, a Harvard graduate in his mid-thirties, always kept a little cylindrical something the size of a pencil case plugged into his IBM laptop. It was a portable USB-powered UV steriliser. He was the only one on the 10-person team with the steriliser, but everyone else did always brush their teeth post-lunch.

S E O U L from Erika Henell on Vimeo.

Here's a video of Seoul's major tourist destinations and nightlife by blogger Erika Henell. I've been following her blog since a few years, and found out she recently visited Seoul.

She often posts daily outfits and makeup tutorials inspired by Korean and Japanese celebrities (as of recently, Park Bom seems to be one of her faves), as well as cosplay and gyaru looks.

You can peek into:

Posted by Unknown at 4:16 PM No comments:

Seoul National University (SNU), mecca of Korean higher education and a source of admiration/grief for many high school students, has been home to QIS (Queen in SNU) since 1995. Their website has a roughly translated English version, and is mobile-friendly.

Kim Bo-mi, a 22-year old at the Department of Consumer Science, ran unopposed and was elected with 86.8% of votes, and a turnout of 53.3%. Kim served as Vice-President last year. She came out four days before the voting period (16th- 19th November), to much press coverage and public appraisal.

She and incoming Vice-President Kim Min-seok (Dept. of Political Science and International Relations) campaigned for the following items:

Kim Bo-mi campaigned this August and September for the dismissal of two SNU professor accused of inflicting sexual violence on students. She was also responsible for creating the Student & LGBT Human Rights Council as a body of the SNU Student Council.

She also states that the clause on banning evangelising was proposed by her colleague Min-seok, a devout Protestant himself (and if you have been on a Korean campus, you'd surely agree the constant pestering of the combi - Korean Jehovah's Witnesses and American Mormon missionaries, will get to you). As the SNU campus suffers from evalgelisers who even enter the dormitories without permission and en masse, they decided it was time to put a stop to students being bothered by them. Kim has agreed to speak with the SNU Christian Students' Association to this matter.


After a quick look at the Korean media, I saw that articles treating her election have been thronged with negative, irrational comments (several commented on her physique and one even lashed out anger at her posture in the photographs as 'rude').

One extremist Protestant website has condemned her campaign as one of the "many attempts by the gays to overthrow Christianity and the higher education system".

However, Kim only commented on the fact she has received many calls from reporters since her coming out in the Chosun article. 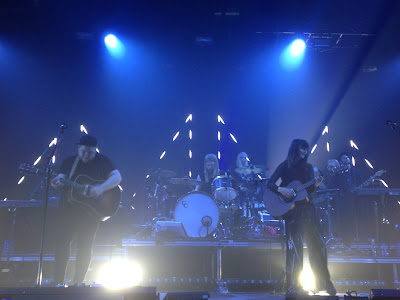 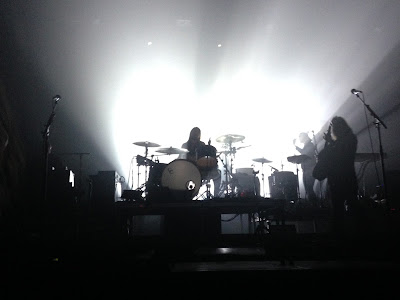 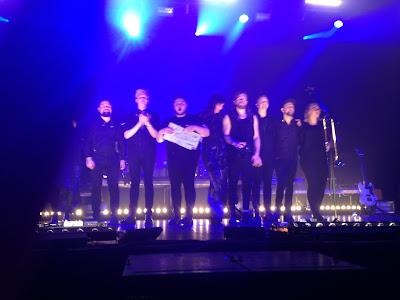 For some reason, ETS keeps saying Selor is located at "WTC III", a building which does not exist. There's WTC and WTC II, that's it.


Some differences between the test in Belgium and in South Korea:

And, not many people take TOEFL here anyways. I tried to register for the TOEFL a month in advance in Seoul, but all the seats at the 15 or so different locations had been sold out. I tried to find seats in Gyeonggi-do Province, no luck there either. Plus a glitch in the ETS website saying there were free seats when there were none, accepting my payment and holding my money, then telling me no booking had been made. This problem is so frequent ETS had to set up a separate team in Korea to deal with refunds. Just get a new online registration system, goddammit! (The refund was made within 2 weeks, which is exceptional for ETS - a friend of mine waited a couple of months and called the US back and forth - before the Korea refund hotline was set up).

It also seems that IELTS is much more popular here than in Korea. The IELTS is at about the same price (200 EUR), but students seem to prefer the interview-setting for the Speaking session.
Posted by Unknown at 12:37 PM No comments: 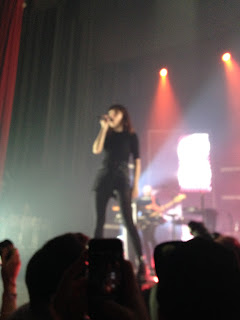 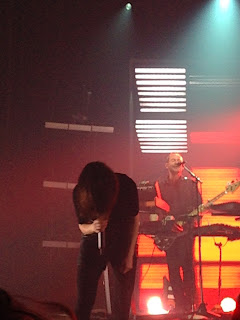 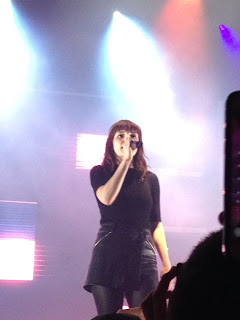 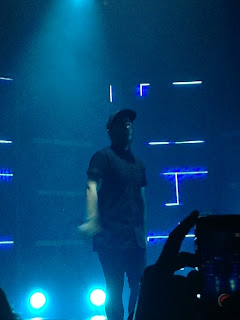 AB has some weird kind of a sound system. 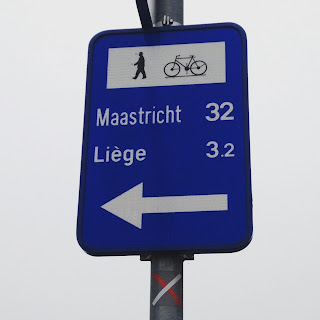 
Liège, for me, is a really, really small town. But then again, there's only a handful of cities in Europe which come close to Seoul's 10 million (unless you count Istanbul with its 14 million, but that's another issue). London: 8 million. Berlin: 3.5 million. Madrid: 3 million. Rome: 2.8 million. Paris: 2.3 million (only!).

So, every time you meet a Korean, take a wild guess, and ask them if they're from Seoul. There's a 1/5 chance they are. And a 1/2 chance they're from the Seoul Capital Area (25,6 million inhabitants from Seoul City, Incheon City, and Gyeonggi-do Province, making up 49% of the Korean population).

The good thing about Liège is its location. Within a 1-hour radius (train time) lie Brussels (BE), Aachen (DE), Cologne (DE), Maastricht (NL), and Eindhoven (NL). Another hour, and I'm in Antwerp (BE), Bonn (DE), Luxembourg, and could probably hit some small villages in France. However, none of the cities are as dynamic as Seoul. There's history, yes, but nothing young people would find fun to want to keep coming back again and again, such as what Amsterdam and Berlin offer, regardless of their population. Not as much "fun" is the issue. 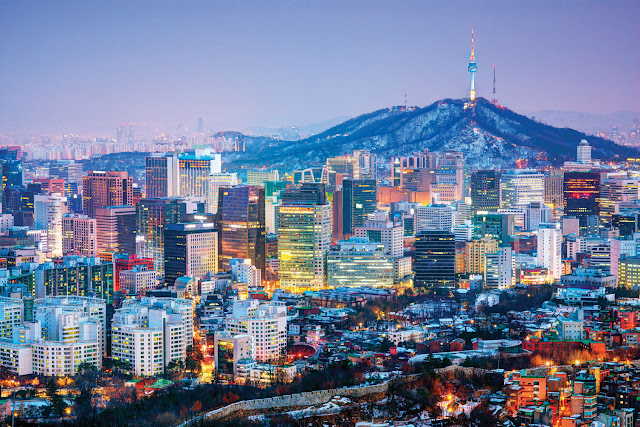 
How do you live in a giant city like that, and why are you Koreans so obsessed with Seoul (and cities in general)? is a question some people have asked me. It's simple. You grow up in one. Then you get bored everywhere else. Hey, we can fit the whole of Sweden in our capital and still have space left over. Why don't you let us move some of our people so they don't have to literally live on top of each other? Or better yet, maybe we could get two countries, Denmark (5.6) and Finland (5.4) to swap with us. With Finland's depressing winters and Korean high schools, we could become the permanent world leaders in teen suicides.

I've had a conversation with my friend Chelsea (who is also, like me, a big fan of big cities), which went like this:
I: Where would you live if you could live anywhere in Europe?
She: Maybe London? Paris?
I: Not Amsterdam? I'd totally live there.
She: Amsterdam is tiny.
Looking back, she'd probably not live in Paris. The non-existent customer service and two-month summer holidays where everything draws to a halt would drive her crazy.

There's simply more things happening in bigger cities. And more job opportunities (although Ulsan has the highest GDP per capita with its nearly 80,000 USD - close to that of Luxembourg). Seoul's GDP per capita stands at 40,000 USD, equal to the average in France. Also, the next biggest cities in Korea drop to 3 million and under, which means there aren't many cultural activities. Art, music, exhibitions, parties, clubs, restaurants, people. There's new things happening everywhere.

In summary: In Seoul, in Manhattan, in Tokyo, you can decide what you want to do at night on your way out the door. "Well, I could do this! I could go to this area to eat, this other area to have fun, and get home with the night bus/metro". That's simple impossible in smaller cities, because (a) there aren't that many things happening; (b) there's no public transport after midnight. In Liège, I'm the Cinderella of the Place Saint-Lambert because 00:05 is when the last bus leaves (technically, I'm one of the Cinderellas and Cinderellos).